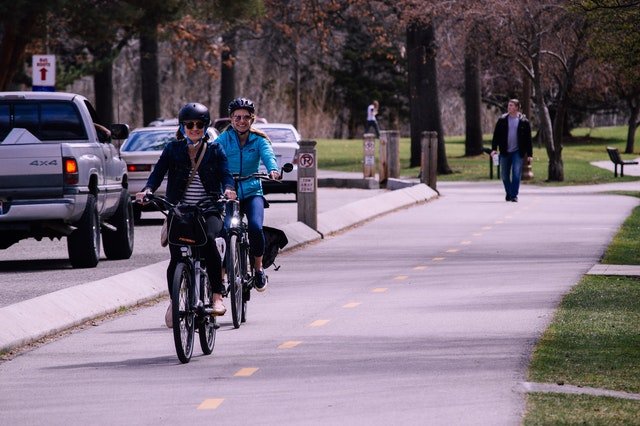 The global pandemic has made all of us go survival mode, and for business owners, it means laying off half of the workforce just so they could wait out the storm. But by the time the government announced the reopening of the states, many businesses already closed their doors forever.

While many businesses are facing loss due to low demand, even though they have more than enough resources, some businesses like the Bicycle Industry are faced with a different obstacle.

According to a 2016 study, one in every ten Americans uses public transportation daily. But now, with the safety of public transport still remaining a big question, people are looking for a safer alternative. And after being cooped up at home for months, people believe this will be a healthier choice too.

So, people are switching to riding bikes, isn’t that a good thing?

Of course, it is. The demand for bicycle and electric scooters are so high that bicycle shops are either out of stock or packed with people waiting to upgrade their old bikes.

What’s the reason behind all this?

The answer is simple. The bicycle industry is supply dependent. Even the bicycles made in your local store, get supplies from different countries. The shipment of the supplies got delayed due to the lockdown, which slowed down the production too. Many retailers are waiting for the parts to arrive so they can put it together and get it to the customers who have been waiting for them.

What do the retailers say?

“We have not seen a surge in business like this in forever. It’s just been insane,” said Matt Mueller, during one of his interviews. He is the operations manager for Bicycles Plus.

But they are also worried that this current boom might end suddenly. “We know it’s going to drop off at some point. We have a service-based economy here and an oil-drilling economy. All the service workers are laid off, and when the gas prices go down, they stop drilling and lay people off. When that starts to filter in, we’re going to have issues. It’s tough to plan for,” said Adam Watts during his interview with the Bicycle retailer.

At this point, no one is sure about how our economy will change. All we can do is have hope and continue giving our hard work.

Chatbots – how can it benefit your business?

Online reviews – Why is it so important to your business?

We are an internet generation. We rely on the internet for almost everything in our life. From using google maps to find...
Read more
Economy

The Covid-19 pandemic has taken a toll, not only on the people but also on the global economy as well. Experts believe...
Read more
This website uses cookies to improve your experience. We'll assume you're ok with this, but you can opt-out if you wish. SettingsACCEPT
Privacy & Cookies Policy